Youth Justice in Our Region

We had an arranged visit this week from Ed Horwood of Youth Justice with news of considerable progress on his “pop up” Shed.

To recap, Ed approached us on the recommendation of Charlotte Angus’ husband (She has a lot to answer for). About 10 months ago Ed sat on the bench by the beck with a couple of Shedders and talked about a “need” he had. As a Youth Justice supervisor, which is a compound role that includes supervising youngsters doing reparation to victims and/or the community.

It is a role with a lot of potential to steer youngsters back on track. Not easy work because sometimes there are other factors about their context which are not resolvable in isolation. You get the picture.

Ed was looking for help with a particular young man who the victim had agreed should make a couple of bird boxes to benefit others – under supervision. Thus, in due course, the lad arrived one morning at Littlebeck and a first bird box was made outside. The second was made one Saturday morning at the Whitby Shed.

It went very well indeed and we Shedders were role models in a sense also. Making the boxes was one thing but helping the lad to choose to remake his life was another.

We reported this in an earlier blog.

That was a pilot for an idea that Ed then developed into what became his “pop up” Shed in his car boot. Helped by B&Q and 3 Rotary Clubs.  That has been remarkably effective and Ed shared some case studies with us that ultimately we might be able to use to illustrate the importance of this innovative idea.

When you do things in a big and busy organisation and you are near the bottom of the hierarchy advancing a new idea is far from easy as some of us know. But Ed navigated around what could have been some hard rocks! There is now, it seems, some growing acceptance that such a simple idea can be very effective and be a part of restorative justice (something Graham had knowledge of for adults in the South). 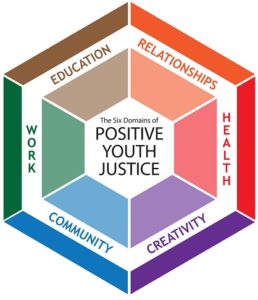 There will soon, we hope, more details able to be shared (permissions etc) but we can be assured now that Ed is most appreciative to our Sheds.

One of our Shedders afterwards said that they wished that such a constructive idea had been around for them in their younger days because they might have taken a better course and avoided some of what happened to them.

One thing we can say is that our Sheds are real places of restoration of many of us and sharing this “blessing” with the younger generation is something we can identify with.

Meanwhile look at this video explaining what Ed is up to! Look here.