It’s why factory manufactured plasterboard with just a plaster skim is preferred for walls over the traditional plaster on blockwork.

It is the same when the choice is made to use oil based primer/undercoat followed by two oil based top coats in a cold environment of a Shed with no permanent heating. All complicated by what is being painted is heavy gates, two sided. Plus we work on just two mornings a week and there are some Shedders who seek perfection.

Hence you may have seen photos of a gate unpainted, undercoated and top coated before. Yes, it is just like watching paint dry. 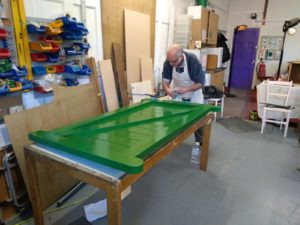 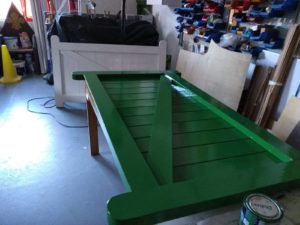 We almost needed sunglasses at Whitby Shed when the lights were turned on. 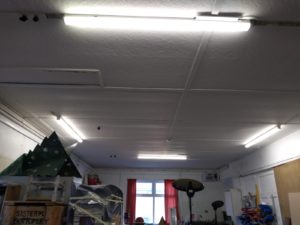 Shedder Rob has put up the remaining LED tube lights . The picture does not do justice to the much improved level of lighting at 66% reduced power (and cost) consumption

At Staithes work continued on the wooden shed for the Gardening Club – only thing now inside to complete is putting up three shelves. Our thanks to Shedder Malcolm who has spearheaded the work. He always does drawings – a real engineer – and he provided detailed instructions on what we needed to do today in his absence. Putting up delightfully green “coving”. 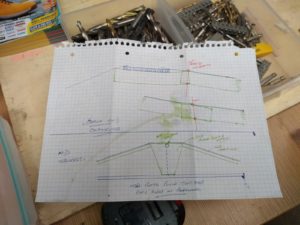 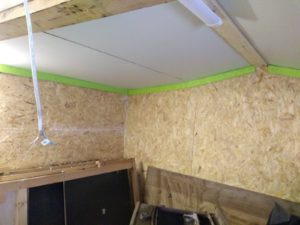 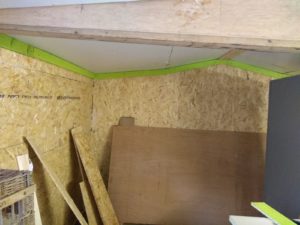 Brian and Graham visited Shedder “Big Col” in Whitby Hospital. Colin was unwell before Christmas (“I missed it completely”). Colin had been a regular at Staithes and we really miss him. He was limited in what he could do physically BUT he made up for that in his conversation, humour and interest in life.

Below are the hands of Katie doing what Graham remembers doing as a kid, namely making a Readycut rug. On the right is Betty reminiscing about party frocks (It will not fit!) 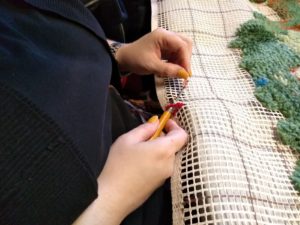 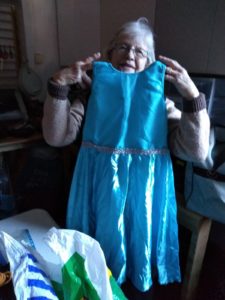 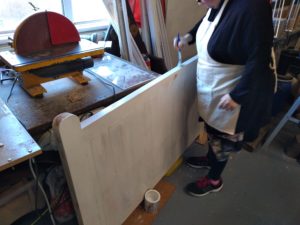 Katie did a great job undercoating the second gate.

On the way to Staithes Graham and Maggie took a potter’s wheel to a village near Hinderwell. It was one we’d had for more than a year in Shedder Bob’s garage with many tubs of clay.

Ihe wheel and clay were for a potter with no wheel. A well known potter who normally does flat pottery. He is going to make us a nice plaque which says “The Shed”.

This is a link to the news release about Staithes and BayThorpe Sheds.