Home General News Wednesday at She-Shed and Thursday at SAMS

Wednesday at She-Shed and Thursday at SAMS

On Wednesday at the Women’s Shed we had  a visit from Gill Garrill, CE  of Two Ridings Community Foundation. They are one of the funding channels. It was quite a day with a lot going on . . . 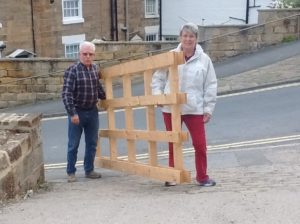 Angela and Graham retrieved a first class pallet from the Diamond Construction site on Spring Hill. 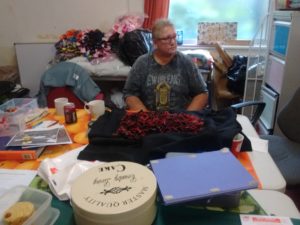 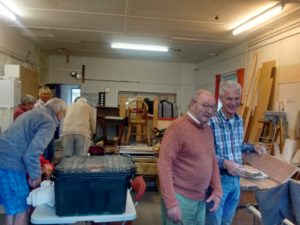 Men not at work! 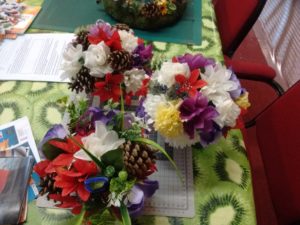 Michelle’s dry flower arrangements. For the Festival of Thrift on 22/23 September, Kirkleatham 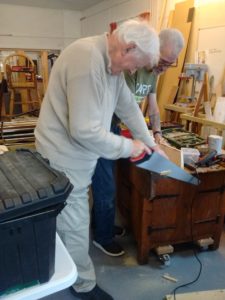 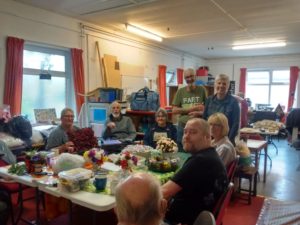 A partial group photo with Gill Garrill on right 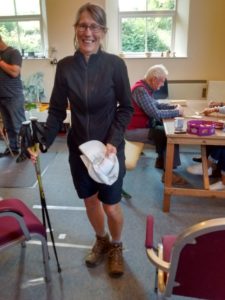 At SAMS on Thursday there were two female walkers who came in. Sandy from Perth WA had walked for 13 days but her feet could not make the stretch to Robin Hood’s Bay. She was left by her  husband and friends in our care and Roger conveyed her to the destination. She knew all about Sheds because her father had been in one.

Monika is a Czech national from Huddersfield. She needed a water bottle top up but found the Shed fascinating. She is starting a new job with a 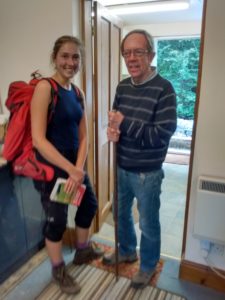 women’s group. She remarked how unusual it was to find a work like SAMS in such a rural location (she could say that again).