The privilege of being involved with Sheds is to see what they do for people. The creative distraction seems to renew connections with former/latent skills. In the red corner at WHIMS today was newby Shedder Ken, former maths teacher. In the blue corner (or is it a grey shirt?) was seasoned hand Mike Dawson. He too was a maths teacher.

Ken, like three or four at Littlebeck SAMS and Ted at Staithes, has slowed a lot as a result of his developing condition and associated isolation. However today Ken became another example of an unexpected miracle.

Mike spent time with Ken over his laptop, discussing Facebook friends. Mike has a leaning to computing and it was intriguing to see Ken’s attention/interest grow, especially when it came to looking at his home on Google Earth. Ken was intrigued as he wandered (virtually) in some local Sleights’ streets.

Next Ken joined Graham creating parts organiser boards with leaflet holders. Ken watched Graham put in a couple of screws, then used the drill-driver under supervision and then (when Graham’s back was turned) Ken put a couple of screws at will! Fantastic. He also cut a board to size with a hand saw. Here was a man who never did much DIY at home.

Maths? Graham posed the question to Ken and Mike what half of 96 cm was. Ken immediately responded 48 cm. Nothing wrong with his arithmetic skills!!!!

He has a wonderful dry sense of humour that banter directed at him brings out. Some days are special for the wonderfully small things. They bring out evening rainbows:-). 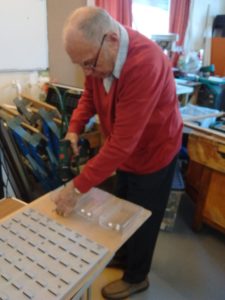 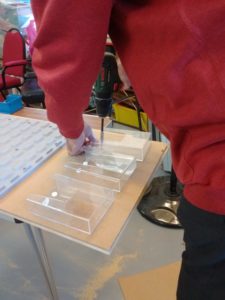 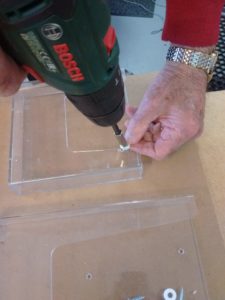 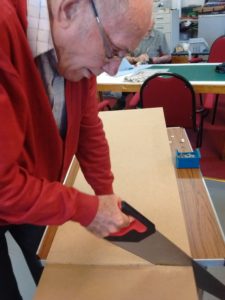 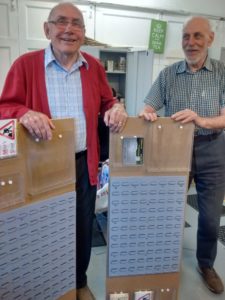 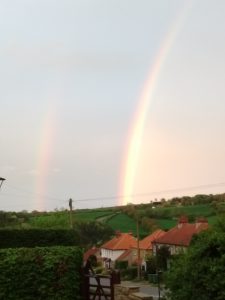