ShedFest19 Tuesday and She Shed today

Four Shedders travelled down to Worcester to attend ShedFest and attends a dinner to hear the result of the Sheds of the Year competition.

Cut to the chase, whilst Whitby District Sheds and “our” Keith Nellis appeared on the screen amongst shortlists of four, we did not make the First Places announced. There were no second and third place determinations.

However, we took some turned items from Keith and Lance and Keith was placed third! Well done mate.

We met a number of old friends and new ones too, including a a tribe from the Street Men’s Shed who we sat with. A lively bunch of misfits like us! 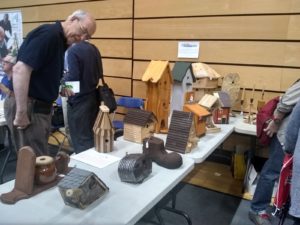 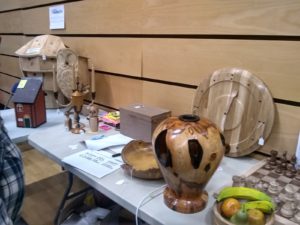 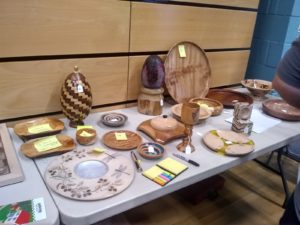 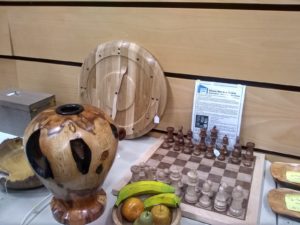 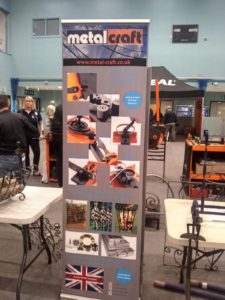 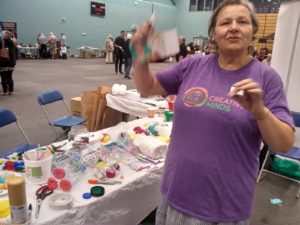 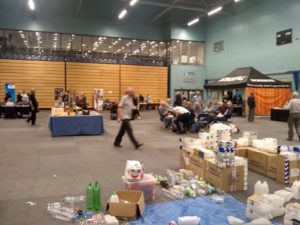 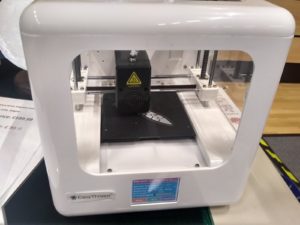 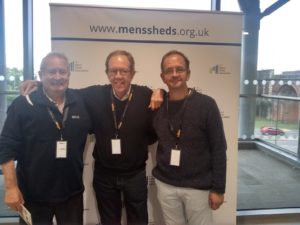 We had a good conversation with Mr. Rongsheng Zhang (and his young daughter) and watched the beginnings of a 3D printed caterpillar emerging.

A keynote speaker was Chris Fisher, the only blind wood turner in Britain. His demonstrations during the day were astounding.

His T-shirt has trees on it and the slogan “Can’t see the wood or the trees”.  Think about it. His eyesight was lost very rapidly at a time when he had a young family. He had not previously been a wood turner and is self taught by “listening to demonstration videos on the web”. 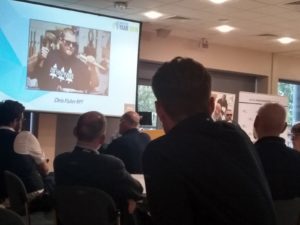 The She Shed was a very active place.

Bird table by Elaine and Lance, Hannah on the lathe, Betty painting chairs for her garden, Tony and Michael dismantling a table, Michael repaired an outside safety rail, Martin (an artist) began decorating a miniature watering can, Maeve was busy knitting a mile and Graham brought in craft materials donated to the Shed. 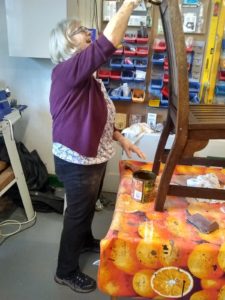 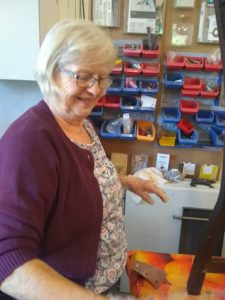 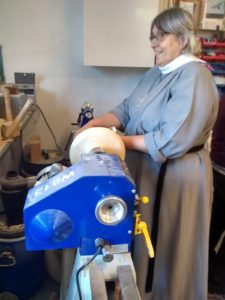 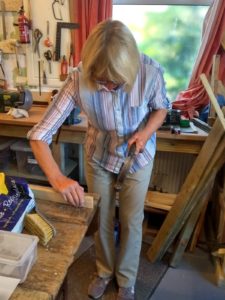 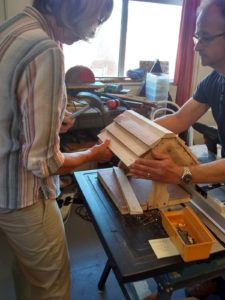 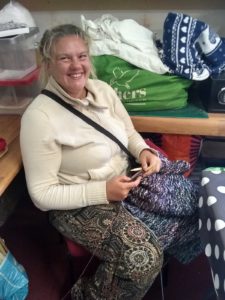 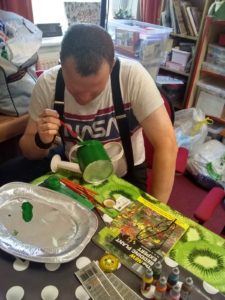 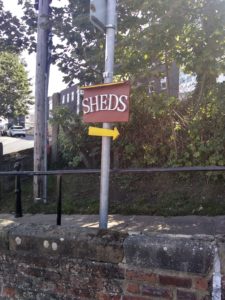 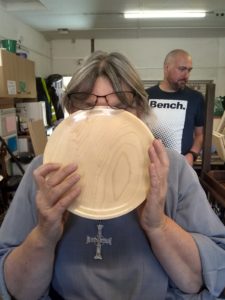