Joe Montgomery, late of Littlebeck Shed, was in Whitby Library when he met a phone box. No ordinary phone box but one that was into printing on lino cuts. The artist in charge was Suzie Devey from the Stokesley area.

Joe was fascinated by the phone box (a replica, of course) and the artistic entertainment it provided for young and old. A story around Sheds unfolded and Joe took Suzie’s details. Graham phoned to discover a project focused on printing but really on combating isolation. Suzy received Arts Council funding to promote this creativity here, there and everywhere in our region. She will be at Staithes next weekend and at the Festival of Thrift the following one.

The phone box is but one idea Suzie has and she sees the need for projects that address the same issues (e.g. isolation) to be known to each other and support the strengthening of community. Paths will almost certainly be crossing digitally!

Here are some photos of lino printing but there are plans to hold dances inside too and anything else that people think up. It reminds of Charlotte Angus’ bus shelter party! 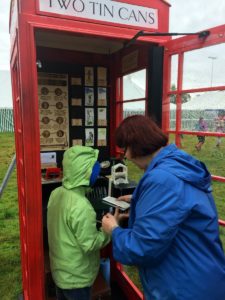 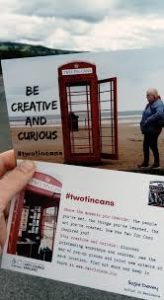 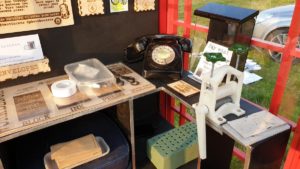 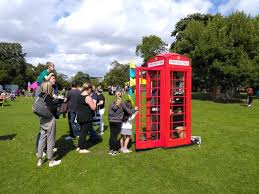 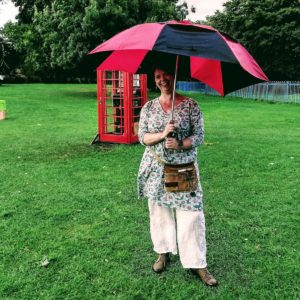 This is believed to be Suzie Devey by the way. Nothing dampens her enthusiasm:-)