The Private Life of Shedders

What do Shedders do when they are not in the Sheds?  In David Attenborough style we quietly visited two Shedders with covert cameras. They thought we were just being nice.  However, it was all part of our research to see what Shedders do and research whether they are being brainwashed with DIY or becoming addicted to it.

We visited Shedder R (we won’t reveal Roger’s name for reasons of confidentiality). 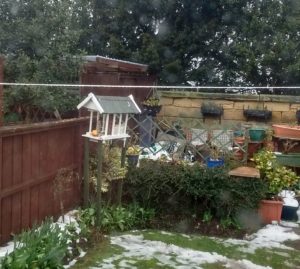 He is a quiet man, often given to holding his head in his hands and shaking it sideways. His common phrase is, “No, no, no, yes” in answer to any situation, which is far from helpful when it is simply whether he wants milk in his coffee.

What does this man do when let out of school?  The photographic evidence shows he does DIY! See the amazing Grecian temple he made for his garden birds. A far cry from the humble bird boxes another Shedder makes.

Are women different to men? We need a  Greek philosopher to answer that or an astronomer who knows his planets. Do Women Shedders go home to  the washing and ironing, or maybe to knit and natter? So we embarked on a pastoral visit to Redcar to Shedder Paula. How can Paula be described?  Well, she transforms any Shed with her radiance. So much so that we turn off the lights to save money. 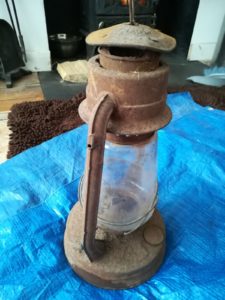 What about Paula at home then? We passed an 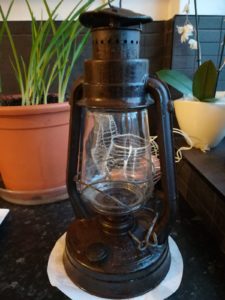 old lamp when we arrived but there was no sign of Paula. We photographed the lamp because it had character and a lot of rust. We went into the kitchen for a cuppa and waited for Paula to appear. Then we had a biscuit. Finally she appeared with spray can in hand and black paint on it.

Excitedly (which is the norm) Paula  took us to see what she had been doing. It was the old lamp magically transformed into a desirable artifact. See the evidence for yourself.

Both Shedders are clearly afflicted and desperate for another fix at a Shed!

PS. Some of this may be true. If you find the truth, do let us know.