The Man from Dalbeattie 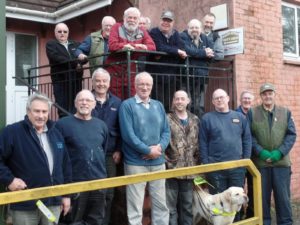 Come on, you must remember the pineapple Del Monte man! Well today I meet the Man from the Men’s Shed of the Year in Dalbeattie, Scotland a bit further north than us! He is Geoff Allison.

Graham has also been in the company of Claire Shelton for a Northern Powerhouse meeting in Newcastle on Sheds. What else would we gather there for?

Geoff is in the red overalls up top in the prow of the balcony.

Take a look at Dalbeattie Shed, and marvel at their Skeoch Cycle Car project. Even get jealous. 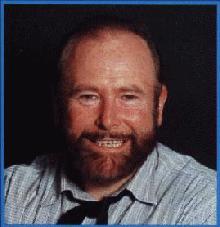 Do you recognise the man in the photograph alongside? If you live in Whitby you may well do and in Sleights you must do. It’s Paul Wheater, the UK’s Jim Reeves.

A google search for Paul’s number was followed by a call to Paul. For the first time since about 1970 Paul and Geoff talked.  Both  graduated as Chemical Engineers and worked together for a while.

The power of Sheds to reunite!