Still on a Serious Note!

Today at Staithes Shed was serious fun. The sun shone and we were working on the Shed extension framework in what was a little sun trap area. This was in total contrast to last Thursday when we froze!

We made very good progress on the frame,putting up one of the roof trusses to stabilise the perimeter. Amazingly, it is level and everything is square. 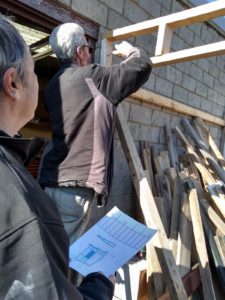 Brian screwing things up again. Phil has the plans to make sure things are done right. Quality Assurance you know.

Martin did some work on lighting for the Garden Club and brought plans for the various bird boxes needed for the Cinder Track. 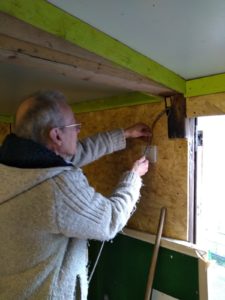 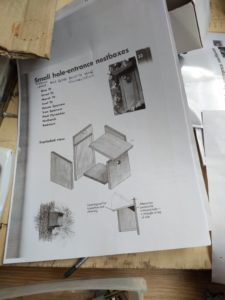 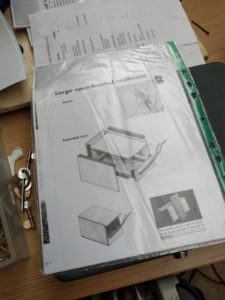 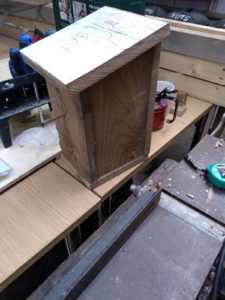 Here is a bird box as it should not be done. No bird perch required. The base should be inset between the walls. The back should project above the flap. A rubber hinge should be used to protect from water ingress.

Whitby Sheds and the Tour de Yorkshire were mentioned on Yorkshire Coast Radio today and BBC Look North are due to film at BayThorpe on Thursday 12th March. The Penny Farthing,featuring.

Here is the Northern Echo news feature last Saturday provided by Emily Flanagan of NYCC who did the scripting tweaks to adapt the original press release.