Snapshots this week of 4 Sheds starting with Staithes on Monday. 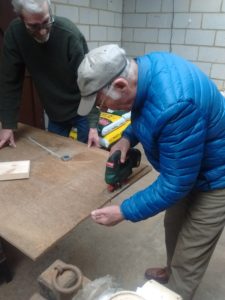 Ted let’s on he knows what he’s doing. 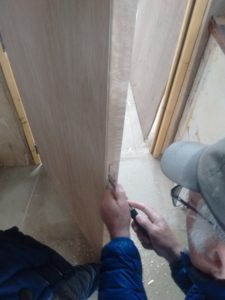 Ted chiseling out the void for the lock. 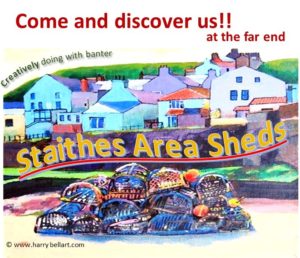 Banner for entrance to Sports and Social Club 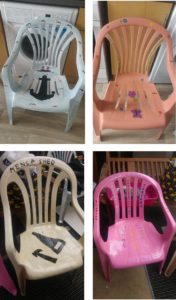 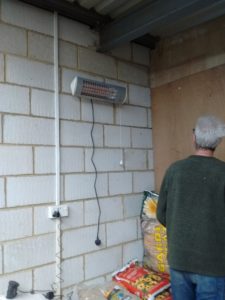 Shedder Brian installed another 6 heaters. Next job will be to add new sockets to power  some! 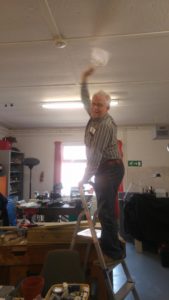 Dust caused the smoke alarm to trigger so Graham waved a handkerchief of surrender. 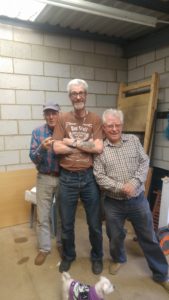 What are they up to!! 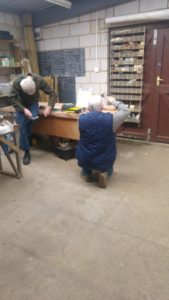 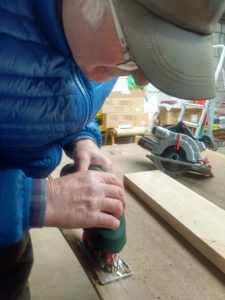 Cut along the dotted line. 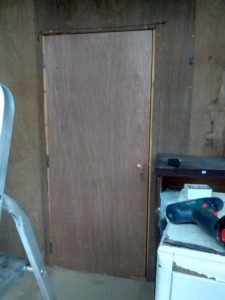 Yes, the door does open and close.

For Graham. A phone call as I was preparing to leave the house to go down to Whitby Men’s Shed. “Radio Tees here, we are doing a piece about men not opening up with their feelings. It’s connected to Coronation.  Could we interview you between 9.30 and 10 about this?”  [This is my paraphrase]. I could not figure Coronation until later I heard Mike Parr introducing the topic and it seems that ale suicide is to feature as a storyline in Coronation Street (ahhh, got it). I drove to Whitby through the several road works and was just unlocking the door to the Scout Hall when the call came. “You’ve got 30 seconds to the end of the current music slot and you will be connected to Mike Parr”. I made it to a chair and sat down. You can hear the conversation and further discussion over the next half hour by connecting to:

[Move slider to about 21 minutes into the programme]

In the context of a current situation this was a topic rather close to real life.

However, two visitors came this morning in one way or another offering equipment/help. Both men said they did not want to be a Shed member BUT both realised that there were circumstances that could easily arise when they had a need for a Shed and in particular Shed fellowship.

One of them volunteered (in the good old army fashion) to sort out three storage cabinets and begin to tidy up the “Scout end” of the Shed room. There are no photos, although the women will be pleased on Wednesday.

Meanwhile at SAMS in Littlebeck . . . . Tuesday and Thursday 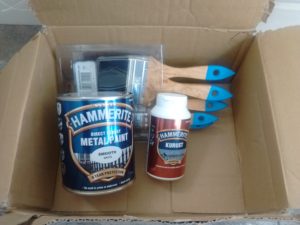 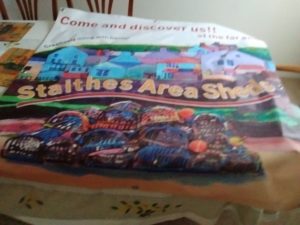 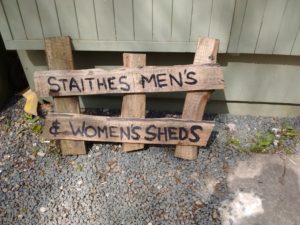 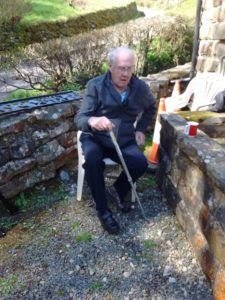 Geoff takes the weight off his feet 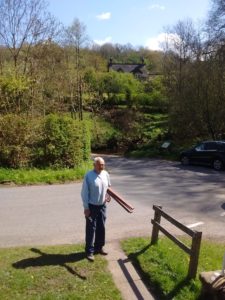 Dave pottering in the sunshine 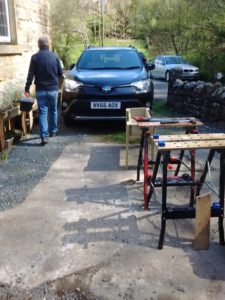