Whitby District Sheds (Staithes, Whitby, Sleights/Littlebeck and Robin Hood’s Bay/Fylingthorpe) have a few isolated Shedders really missing the Sheds. Two are now in care homes and even more locked down than usual. 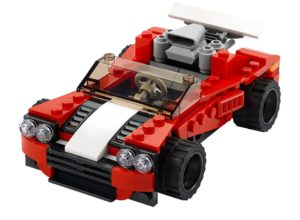 We do not want them to be forgotten and where possible we are connecting via telephone or social media. Even videoconferencing and taking calls from them.

But we don’t want to see them idle (or more idle than usual!). So we are sorting some creative, hands on activities of different sorts. 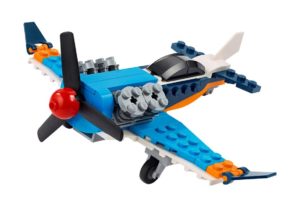 We are starting with some Lego cars or helicopters. If 5 year olds can do them I’m sure the guys are up to the challenge.  They will need to follow the instructions which might be their biggest challenge of all!

We have a couple of 5 year olds to act as consultants!! Well, after isolation ends.

Then we are looking at some wood kits for a couple of weeks later.

Shut-in Shedders we really appreciate you and we think you probably quite like us! Well, a bit.

Keep up your spirits (but drink responsibly).

Here is the May page on our kitchen calender. It shows two junior woodworkers plus an old man. The two smaller photos are of Graham’s grandsons at one of the first Kidz Making Good workshops in Whitby Shed.

They are making can crusher components. David and Reuben are using a sanding disk to round the edges of a block. 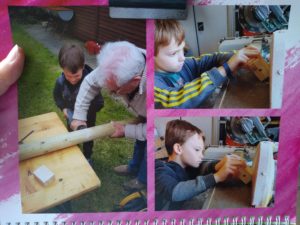 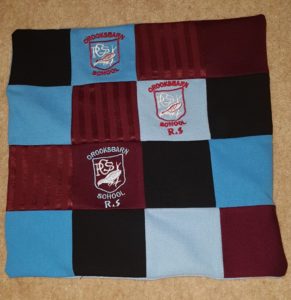 And, whilst we are in the family way, alongside is a cushion cover made from pieces of David and Reuben’s PE kit. At least past kit of shorts, shorts and badges. By Mum Lisa. What a great item that includes so many memories and washes!

A Dialogue received by a Shedder from a friend in Canada.

It’s worth us all reading this to see things maybe differently as things fall apart or fall off!. Does a butterfly change or does it become? 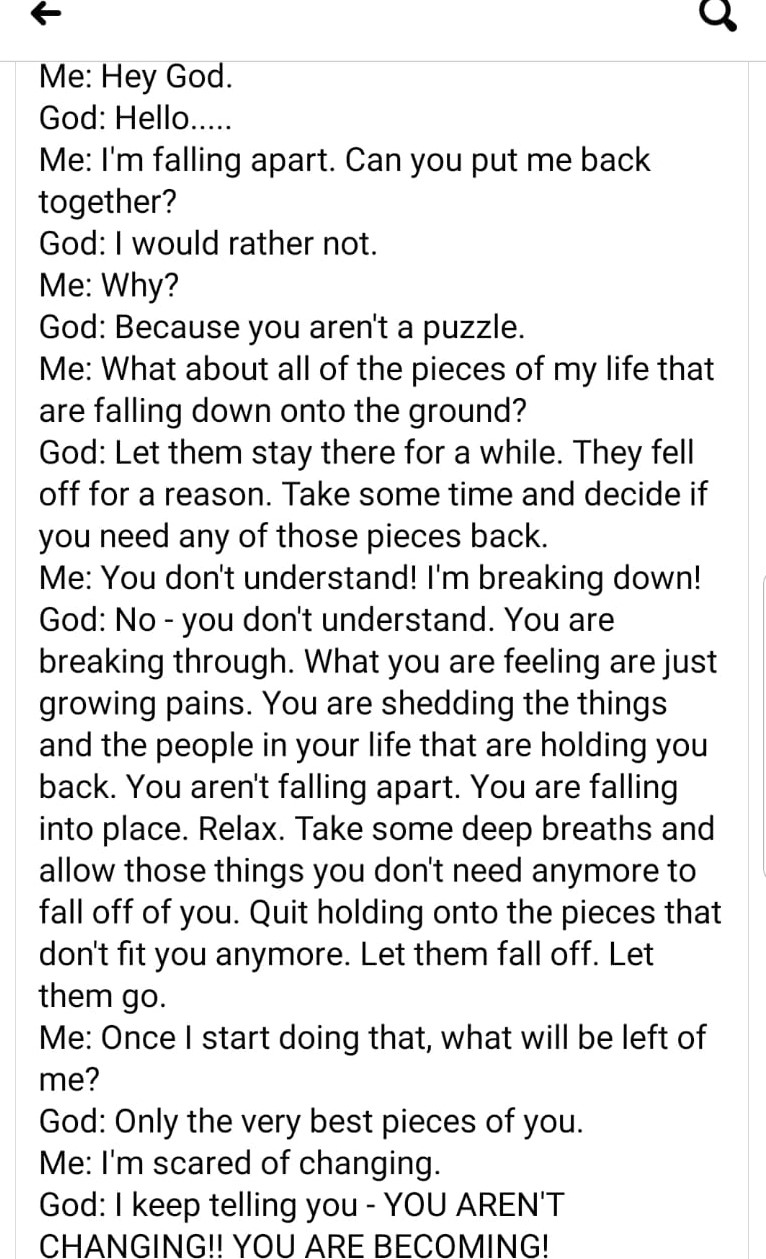 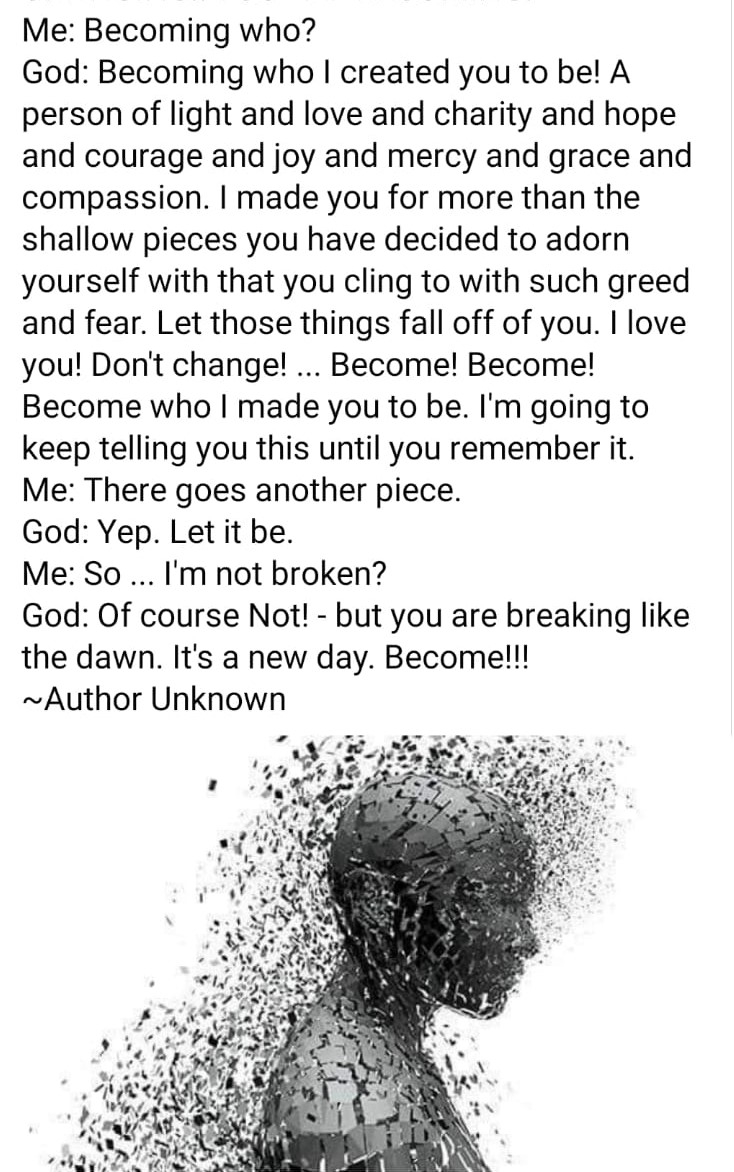 She is into shedding in a wholly different way. She and husband Steve have been renovating a pig stye. It involved some morning to night stone moving!

“So, here we are into May. Our journey has been one of constant physical hard work – the way we decided to deal with it. Too much listening to news and social media,quickly made me realise I had to get through it a different way. 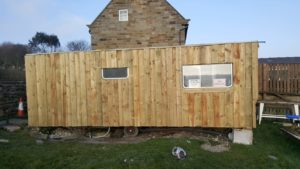 Steve’s first task was to clad some friends’ tired static caravan, a job he told me should take 2 or 3 days (why do I believe him?). It actually took 10! They use it as a reception for their campsite, so he was isolated in a field and enjoyed the challenge.

I took to the garden and soon realised it was going to be a long job. A lady passing by on her exercise, told me she’d recently moved and they’d cleared the garden but now couldn’t get anything to put on it.  As I was splitting plants, I’d leave her a bag to get her started and she told me last week they’d all taken.

Steve’s next challenge was to put a roof on a ramshackle pig sty, unused for many years and full of rubble. This is where I became “the labourer” and a neighbour commented we should get a prize for the busiest isolators. It is still work in progress, but he’s again enjoying the challenge of something he hasn’t done before and I am enjoying showing him  the art of working in a tidy manner …  it won’t last. 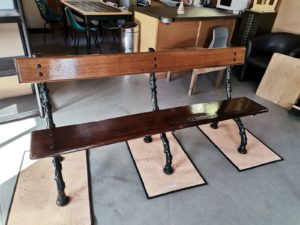 Olly at Bay Shed, has done a great job of finishing off the bench and can’t wait to put it outside for us to use when we reopen.

Stuart has a new addition in his garden, who I believe is now sporting accessories. 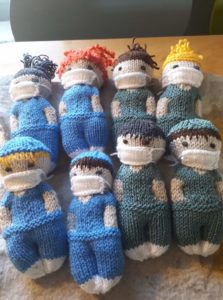 One thing I want to mention. A few weeks ago, a group was set up to make PPE and fabric was needed. Whitby Shed had a lot and Graham agreed we should donate. 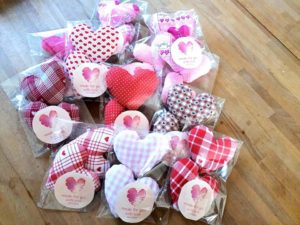 On my trip to the Shed, it was lovely to have a distance chat with Betty, even though it was brief!

The group members were delighted, and have now made thousands of things from scrubs,masks, hairbands, bags for uniforms and scrubs. Now, people are knitting hearts, teddies and even hospital staff in PPE!  The group stretches from Robin Hood’s Bay out to Staithes, and have taken items to hospitals, surgeries, care homes, hospices and have been gratefully received.

I’ve been overwhelmed by the work and community spirit that has been shown. Businesses have shown support by donating too, at a time when they will be feeling the pinch.”   Shedder Elaine

Graham called on Betty when he popped to the Whitby Shed to check it out. Betty has what she thinks might be a trapped nerve in her back. Painful. They both agreed that the best plan was not to grow old!

Phil Holmes of the Staithes Shed reported in. He has made a squirrel table for his grandson but otherwise it has been gardening and decorating. And so say all of us. 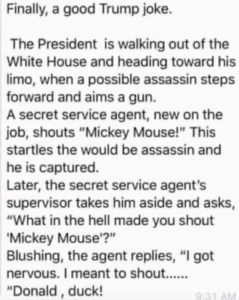