Other Monday News (than Labrador) plus Tuesday at Springbrook Shed

It’s nice to get positive news from home town. Brian was active at Staithes on Monday putting the place in greater order.

Take a look under the bench that was already in the Staithes Shed. We cut through it to install the new door in the dividing wall and always eyed it as a great future place for storage underneath. Brian has made great progress on that (though I think he has carefully hidden the mess on top:-) )

I do recognise the shelf put in. It is a door that was stored under the bench by the Club and donatetimes d to our use! Upcycling! 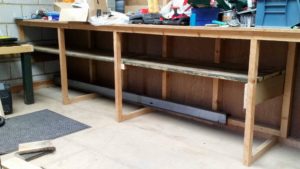 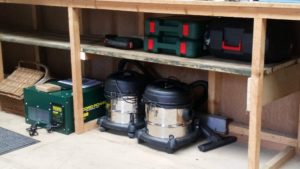 Graham went to a second Shed up Mount Springbrook at the fairly remote location in the small township of Springbrook, in a national park. One road in and at present the other road out is closed due to a landslip. It was Littlebeck in essence! We were warned that it might be cold because the Gold Coast is hitting low temperatures (for them).

The local Gold Coast press had a main story on the cold snap that said PJs were flying off the shelves.The cartoon renames the region the Cold Coast and shows polar ears on the beach! Temperatures suit Graham:-) 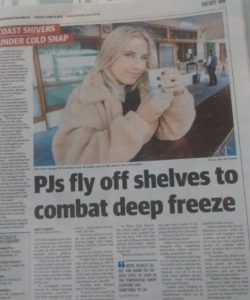 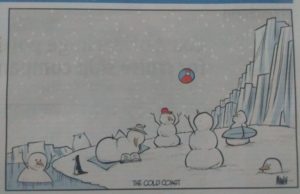 The Springbrook Shed has a total membership of 22 and a typical attendance of 9. That’s the size of SAMS approximately. It meets 3 days a week, including Saturday (for some members who work).

It is an all metal shed that goes back 50 years to the days of the Vietnamese war. It is one of 130 prefabricated sheds ordered by the military but few went overseas. They were stored! The decision was finally made to dispose of them and they were made available free of charge to organisations like Men’s Sheds. Transportation costs had to be paid but the Springbrook Shed received 6 crates of components down to every nut and bolt.

What they did not have was a plot to put it on. Springbrook is in a national park with all that that means. The Gold Coat City Council were approached during a visit by the Mayor to the region. It was shortly afterwards that it was realised that the Council owned a small parcel of land within the park (somewhat forgotten). The Shed was granted a long lease at peppercorn rent and they received subsequently approval to clear the site. Finance for the construction costs (clearance and concrete slab) came from the City Council and half a dozen Shedders erected the steel shell of their new home.Internal works were done to an excellent standard.

So the story is again of a Shed that is the result of contributions in kind and in cash to make the Shed possible.plus the commitment of a dozen men over 3 years. It formally opened in August 2017 and the Shed is gatheing gifts of machines and tools. All large equipment is on wheels (as in Whitby Sheds).

Springbrook building is roughly 22m long and 8m wide -=- into which Littlebeck Shed would fit about 6 times, Eskmouth two and a half times and Staithes 3 times.

But does size matter? That will be reflected upon shortly. 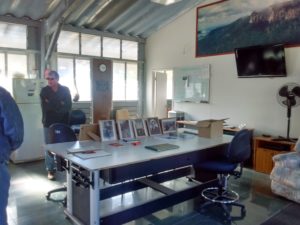 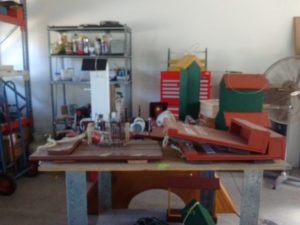 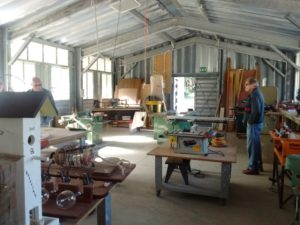 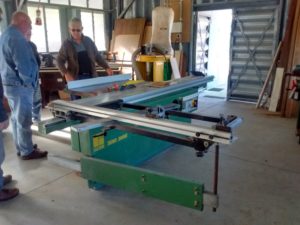 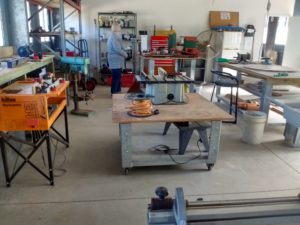 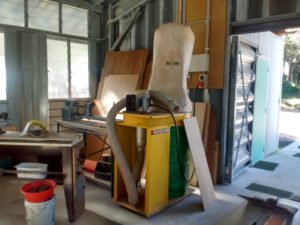 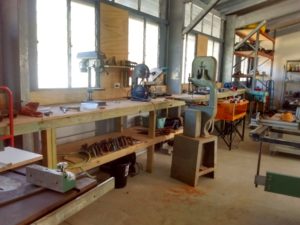 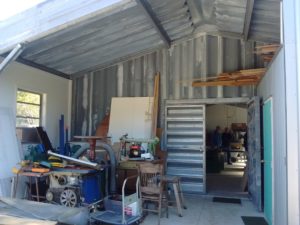 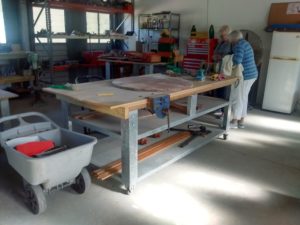 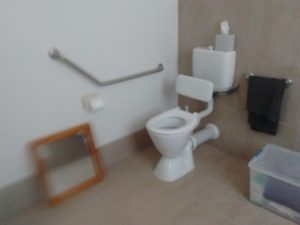 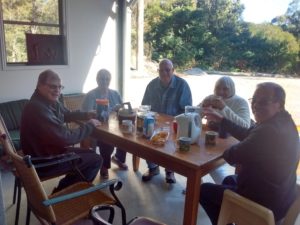 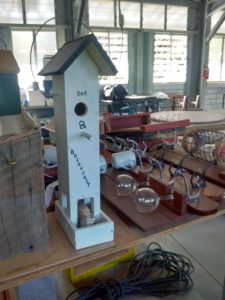 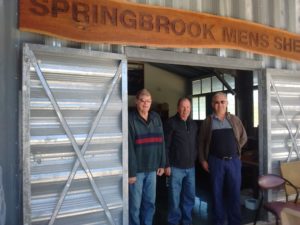