Home General News No Sheds Slow Down Before Christmas

No Sheds Slow Down Before Christmas

An Invitation from St

I have a week off from BayThorpe Shed and when I go back all manner of things are happening.

The sleeping pod for the scouts has been built Stuart and Olly seem delighted with all the help Danny has given!

Danny has made new drawer fronts and edged them – removing the rustic ones that served their purpose for the first few months. He also put a new bandsaw blade on.

Keith’s second project is a driftwood horses head and what a fantastic creature it’s turning into. He has “neigh” idea what hes going to do with it!

Danny and Simon got their heads together about constructing Simon’s metal lamp.

Everywhere I turned there was productivity….and the bonus was, very little talk about politics!!!

PS  We also have some spare equipment after tools were donated. Maybe in the New Year we can see if they can be used elsewhere. 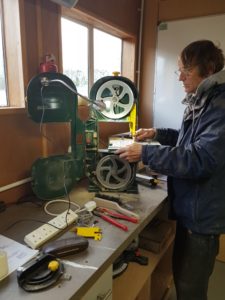 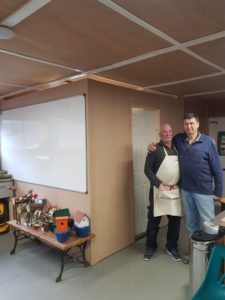 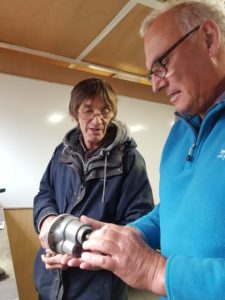 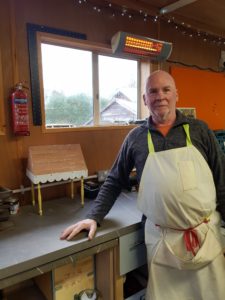 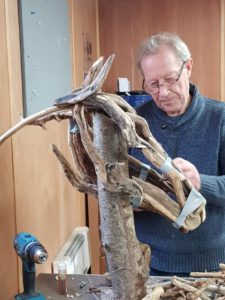 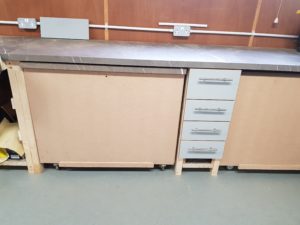 Graham loves the horse’s head and the drawer fronts that have “polished” the appearance.  Also the sleeping pod. V. smart.

Ray was busy on his wife’s dolls house with spiral staircase. Frontage with windows ready to be attached. Graham finished carving his diving ballerina (depending which way up she is).

We had a visit from the Fire Brigade. No fire. A Christmas card was delivered but the real purpose of the visit came out – it was to see how Tony’s model Shed had come on. It was too late because it was already at St. Mary’s on display.  Tony showed his work on his tablet.

Tony was in clean up mode last week and this in Whitby Shed. Helped on Wednesday by Katy too. He sorted out some of the tangled cables too.

Below is an example of Tony’s entrepreneurial spirit  going back to 1971. Needing to find a job that interested him, he foresaw the potential of a mobile sandwich shop. 13p for an upmarket tinned salmon sandwich and 4p for a slice of dippy bread with tomato sauce. Bosses and workers!!

Norman was making an automaton with an artist and easel (working in the background). 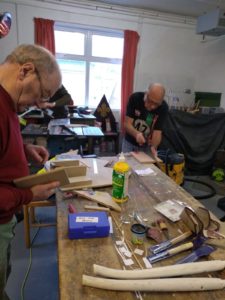 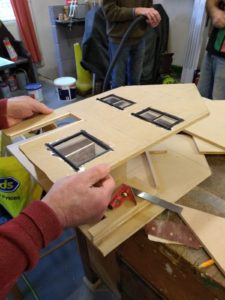 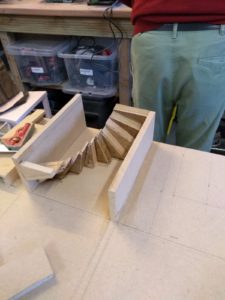 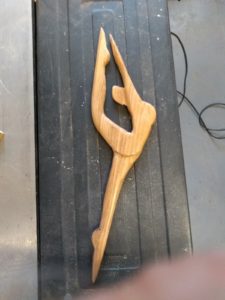 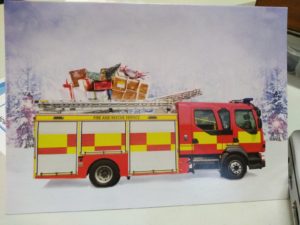 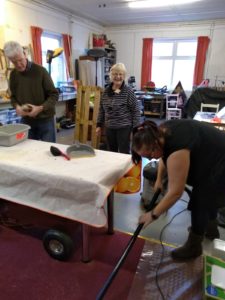 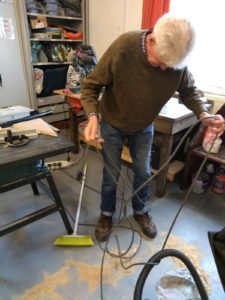 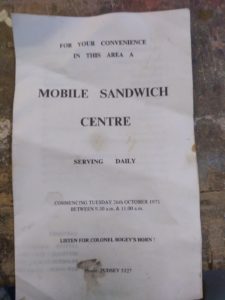 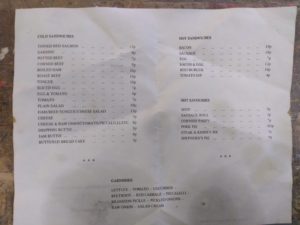 At Staithes and Littlebeck we have no photos! The cold got the better of us:-).

At Staithes we more or less completed  lining  the wooden shed walls. Next week (before a two week break over Christmas at all Sheds) we plan to line the roof internally with plastic sheeting and hold in place with thin ply. It is feeling a lot less drafty. There was a very good turnout on Thursday and we actioned a clean up (actioned but  not completed). We have to submit a penultimate report to People’s Health Trust in a week’s time and submit the first year report on Staithes Area Sheds to the Charity Commission. A busy Christmas:-).

At last, Graham has a photo of the plaque describing the Litllebeck Labyrintth created by SAMS Shedders under the leadership of Roger Gould. 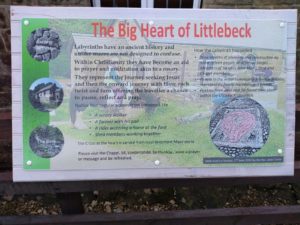 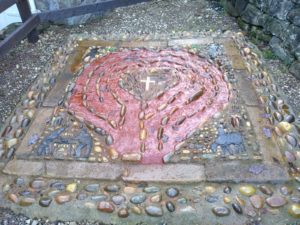 To top of this weeks Sheds here are a couple taken at Sleights Youth Shed. The Cubs had been busy decorating the Scout Hut. A lovely atmosphere for us to be in. Graham had been absent for a couple of weeks but Bob showed off the robot that the lads were in the process of making! Youngsters are not short of ideas as the two girls this week wanted us to play “freeze” but interestingly these chose to play Scrabble, involving Bob and Graham. Actually, great fun – even if the rules sometimes get broken. 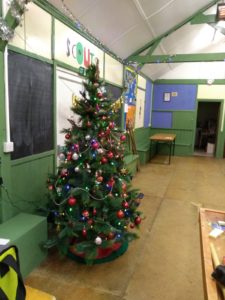 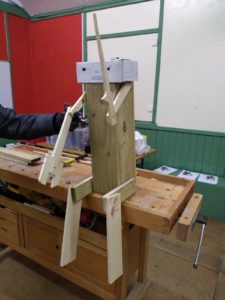 We heard this week that we had been successful with a funding bid to NYCC Stronger Communities under the same mental health awareness and combating self harm strategy that funded BayThorpe Shed. But this time work with Children and Young People (C&YP) in rural places in Whitby District.

It is under the title of “Is your village up to it?”. There will be more on this published here in the New Year. However Shedders can help by letting us know how you filled your evenings after school when you were young (at primary and at secondary school). Just send an email to weareuptoit1@gmail.com (don;t forget the 1 at the end).

Here is a letter in this week’s Whitby Gazette. 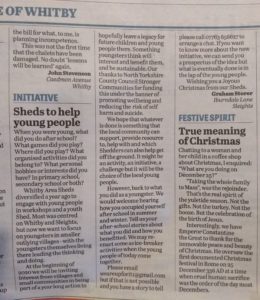 The headline is a little misleading. What young people in a village choose as something to benefit them and hopefully their successors may not be a Shed as such!

This site uses Akismet to reduce spam. Learn how your comment data is processed.