First, we advertise the Rose Queen Festival in Littlebeck on Tuesday 7th August in the afternoon (although help is needed all day!). Then a story about Kate Gordon (see last Monday’s Staithes blog) and another story about Brazil will be added later (it’s there now!).

We can now reveal that Kate Gordon, the visitor who came to Staithes first day and to Littlebeck, has been formally appointed as UK Men’s Shed Association to the role of Shed development. Kate expressed her thanks in an email yesterday because her visits gave her a real understanding of some of the “human” elements of what Sheds are. Kate is in the early stages of establishing a community project of her own (and of her grandmother!) called Ruby’s Yard. It is a canalside location so let your mind wander over possibilities for that project!

There is a real happenstance story behind Kate. Originally Graham was asked by UKMSA to speak to her about the community project with Eskdale School, Whitby Scouts and Volunteer It Yourself. That was one week before Graham vanished to Oz. On his return an email arrived from Kate on the morning of the community project requesting a conversation. We spoke that lunchtime and Kate revealed she had researched Men’s Sheds and seen a post advertised.  She applied and was to be interviewed the very next day. You can join the dots from what you already know.  Amazing what happens when you go away:-).

Below is the Whitby Gazette article on the Sleights Scout Hut project with Eskdale School. Click on the picture to view pdf page 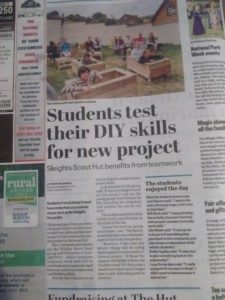 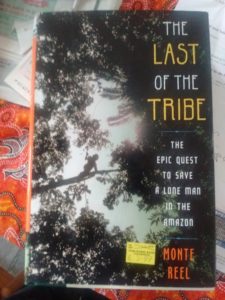