We start this blog about looking forward in an unusual way. A colleague of Graham’s Brazilian friend recorded this video.

“In this video I improvise this very deep theme, it’s called ′′ Unaccompanied “, a name that has a lot to do with our solitary life, the idea of being surrounded by many people and at the same time being alone in the immensity of the stage ……”
Yamandu Costa

Then some mugs. Or rather mug shots. It is a gallery of most of the UK Men’s Sheds Ambassadors.

Print it, pin it up and find some darts. 50 points for a hit on Graham.
Ambassadors
The Ambassadors work in their regions but are not afraid to step across the line to encourage anyone into the art of Shedding.
Even in Covid times and lockdown the Sheds present a positive outlook. Something of the nature of the “Great Escape”. 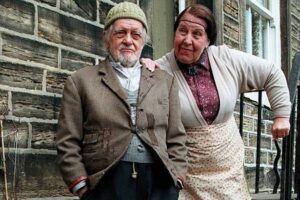 Graham was watching one of the many auction programmes on TV when he noticed the attire of the two “celebrity” aides to the teams in the various emporia. One had tartan trousers and the other was elegant in a three piece tweed suit. Graham said he ought to buy some clobber that would present him with “image”
Joan replied that he had image, it was Compo of Last of the Summer Wine! She said this as she straightened her crumpled stockings:-)

Something to occupy our Shedders as we move forward from lockdown

The ideal hobby demonstrated by the Scouting grandsons of Graham. Don’t throw away your lolly sticks, save them up to make bombs!
Yes, stick bombs that “explode” when they hit the ground. The pent up energy in the bent sticks is suddenly released resulting in sticks flying in all directions.

We’ve been experimenting with the laser burner

This is a simplified design for a logo that should be clearter when burnt onto wood or fabric.
We have Whitby Abbey sitting at the apex and the UK Men’s Shed Association logo as a bird box on the side.
Hope you like the “active wellbeing” strap line. 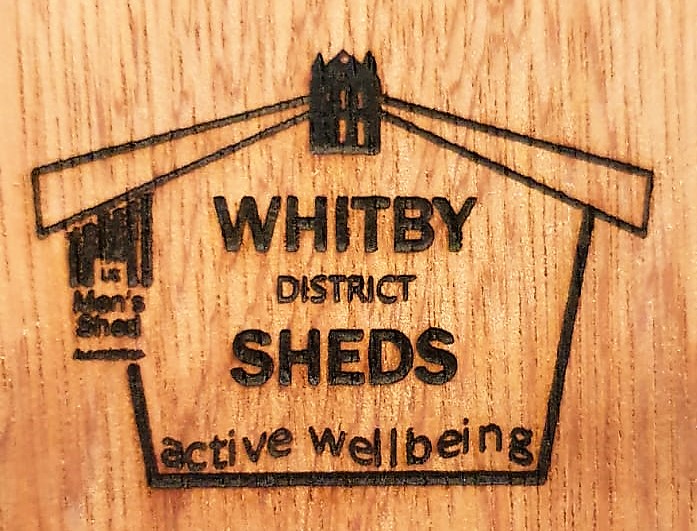 Requires a little work on the UK Men’s Sheds Association logo on the left. Redraw the vertical bars a little thinner to provide more white space between them for crispness.

The Compassionate Community of Whitby is shaping nicely in terms of support – not control!

A new “sticky” blog will be launched in the next day or two that will draw together relevant links to material already published and begin to put “enough” strategy and structure in place to move forward more publicly to recruit sympathisers/early adopters. 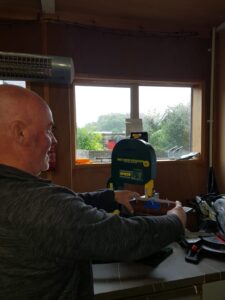 Yesterday was Olly’s birthday, so we surprised him with a cake. He thought slicing it up on the band saw would be novel . 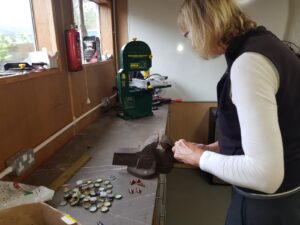 Elaine is keen on making wall art with beer bottle tops which involves bending them in half in the vice.

She put a shout out on FB for the tops and plenty of people came up with donations.( secretly, she’s doing a survey on the drinking habits of the villagers). 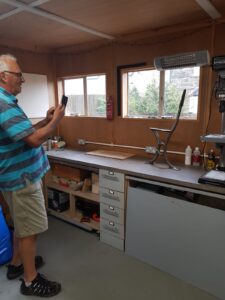 Simon was busy photographing his bench leg. He bought a pair and is cleaning them up to make what will be a very smart bench.

Good to see “Walking Stick” Malcolm at SAMS “garage” today. No stick making but he stuck around! He has been busy on model making at home. Just look at these photos and consider gow intricate some of the parts are on the ship. The pulleys for instance.

This is the man who used to work on real traction engines – the big stuff. 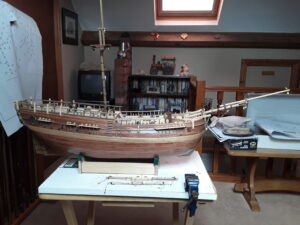 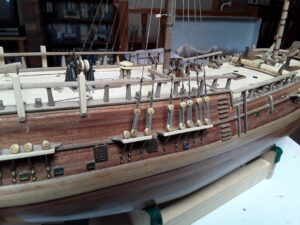 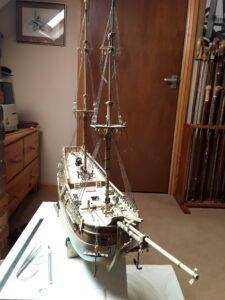 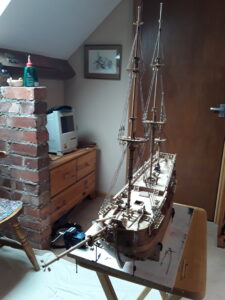 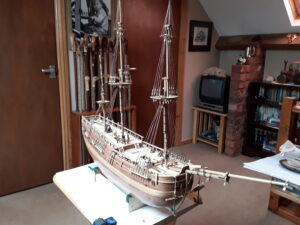 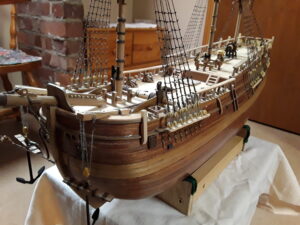