Wishing all our Shedders in Whitby, BayThorpe and Staithes a peaceful Christmas.

The unfolding Omicron situation may put family time at risk and indeed the Sheds in the New Year. That is not welcome, of course. However, it does highlight yet again how precious friendships are.

Graham has returned to base now in Norton-on-Tees and has been busy laying the foundations for a new Shed there. Not concrete foundations but all the preliminary stuff that many Shedders in at the beginning know about.

There is a rudimentary web-site for Norton Men’s Shed which some of you feature in as “stock” images. Take a look and maybe send best wishes via the web-site. There’s also a starting logo. Tap on the image and it should transport you to the Norton web-site.

Tap the image to be whisked away

The illustration is in the style of the building to be used. It is a concrete prefabricated shed. It has no chimney, but it has a rather derelict kitchen which we intend to gut and replace so that Shedders can do some baking (that’s for Staithes Shedder Malcolm’s encouragement that Graham does listen to him!).

There is no tree and no ducks on a pond. Not there at least. Norton has a noted village pond with fountain and ducks which is often featured in photos. Do you like the @ sign on the façade?

At the Whitby Town Shed 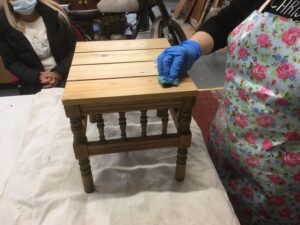 Katie completes her table with an oil finish 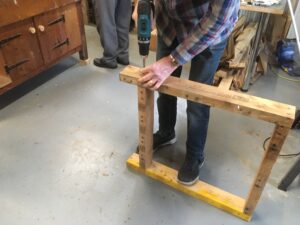 Tony lives up to his name (Wood) 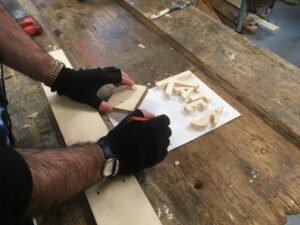 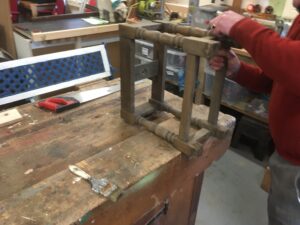 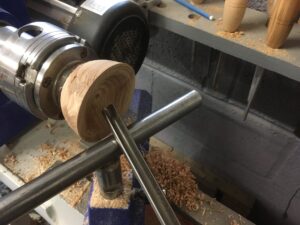 Rob learns to turn on the wood lathe. A small bowl or a large egg cup? (Looks like a coconut to Graham)

Well done guys. An impressive set of challenges. Love Brynn’s letter shapes. Did anybody do a count of Rob’s fingers?