“Richard Anscombe spearheaded an initiative to brighten up the lives of Sleights locals. A Christmas tree was installed prominently on the corner of Ingham Close near to Sleights Primary School. Fundraising is underway for there to be Christmas lights next year stretching down Coach Road to beyond the shops.

This is a welcome piece of community collaboration this autumn between locals, well wishing businesses and the authorities on which there is determination to build in 2021.

Added alongside the tree for the week before Christmas is a nativity scene contributed by Sleights Area Men’s Shed after Bob Hodge of the Shed and Richard got their heads together.” 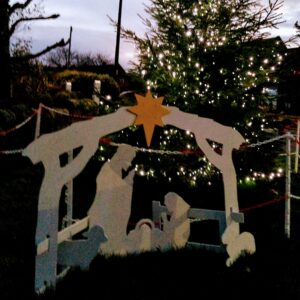 Graham’s still trying to paint between periods of drizzle. 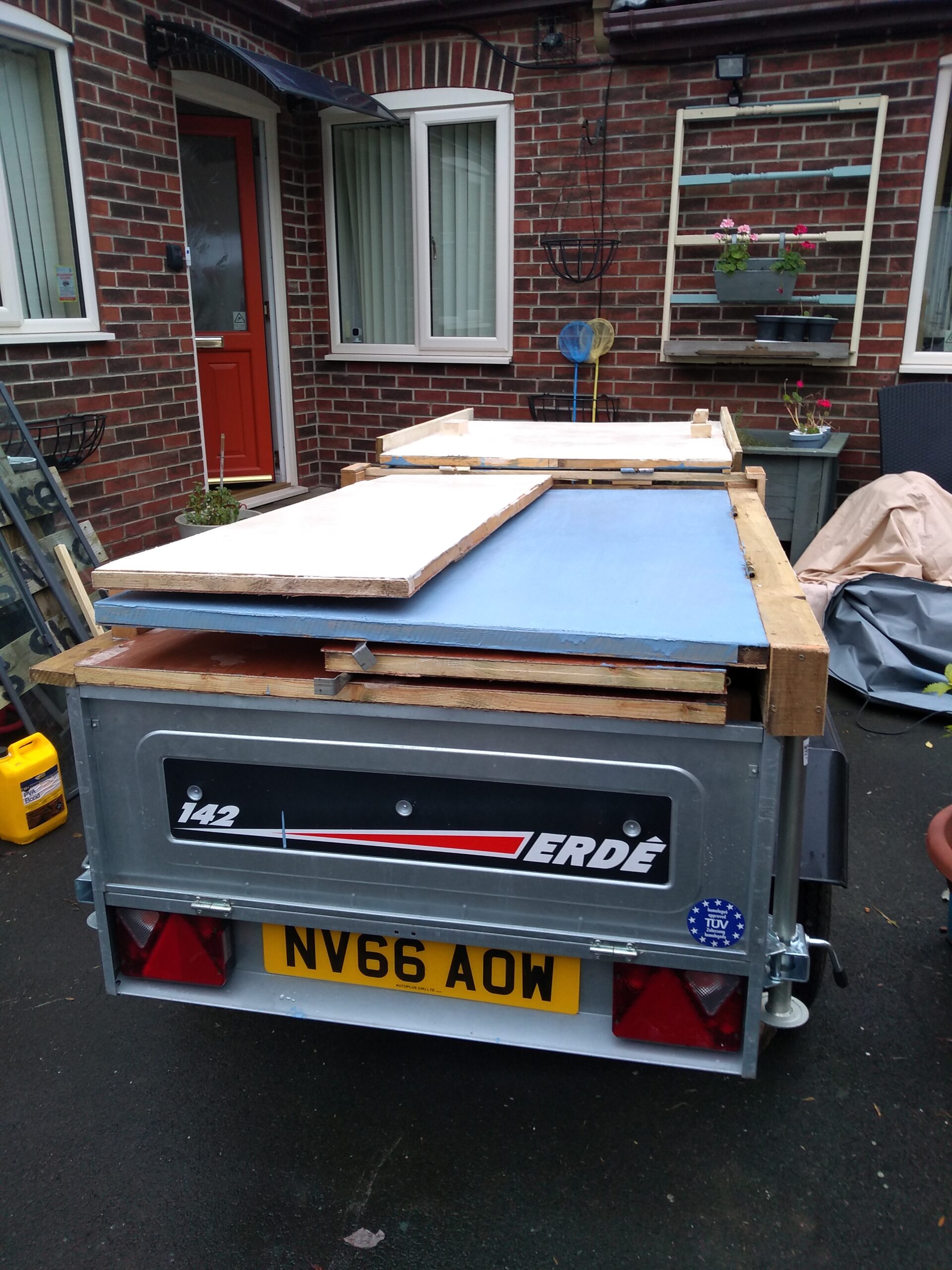 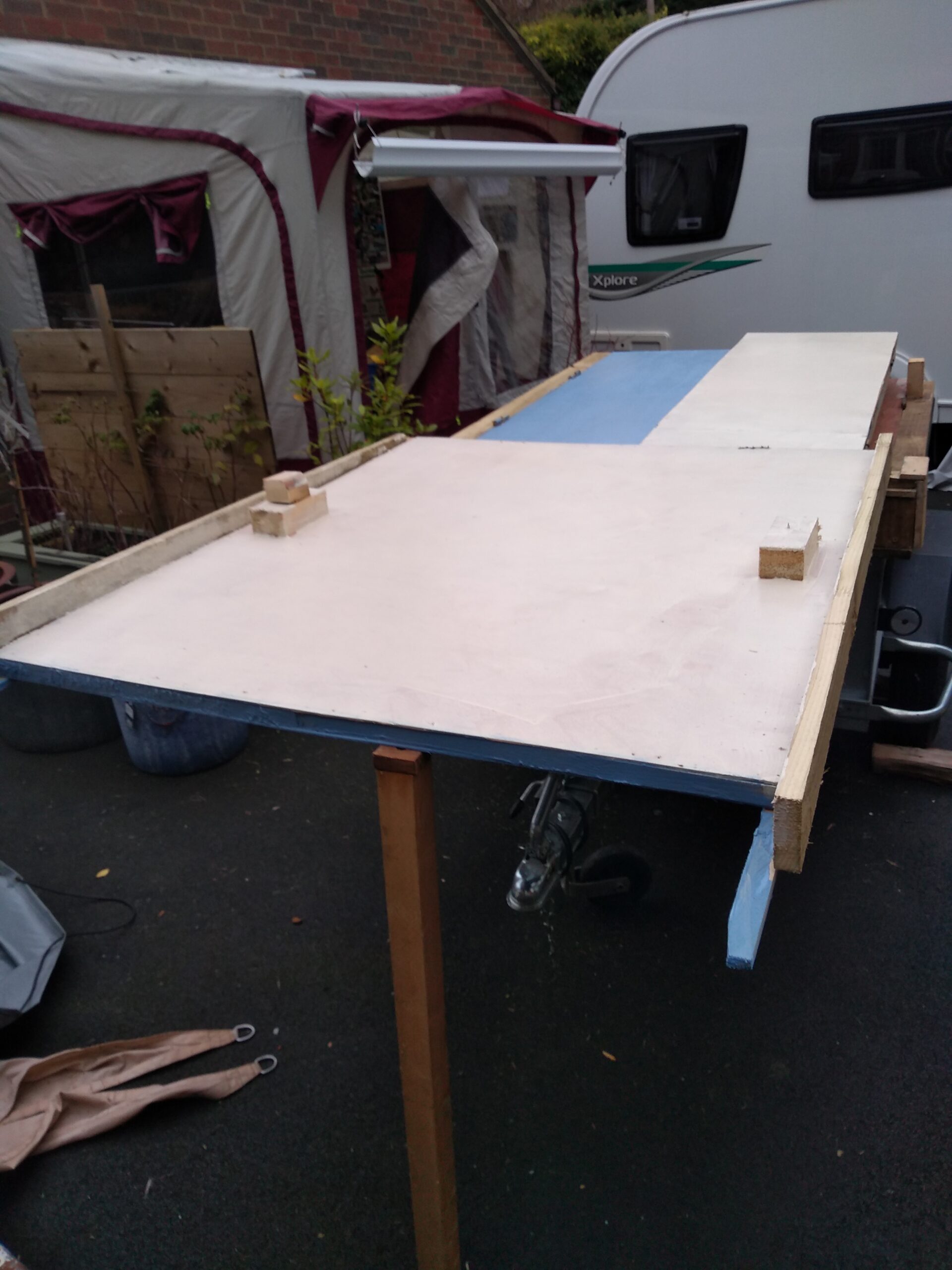 Rear panel laid back. Inside is cream and outside (the underside) is Forget-Me-Not. 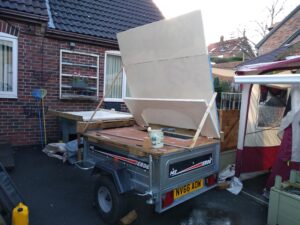 Engineering in painting needed to support the different “leaves”. There’s a broomstick prop (no bed knobs) and a stay screwed on. 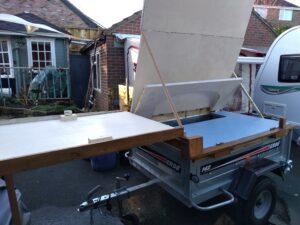 Getting there. Some needs a second coat.

Plus 3, 4 and 5 coats in some places. As dobs of blue get on the cream (and vice versa) and even then accidental slips of the roller still happen!

We had a Talking Sheds Zoom session this afternoon and the group wished Big Col a good recovery from his illness. Much missed today. 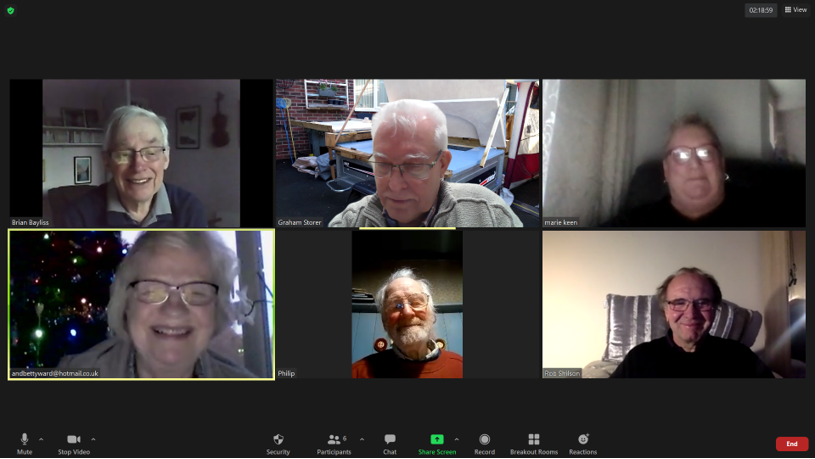 It is interesting that these sessions have allowed some Shedders and guests to get to know each other without ever having met! Giving a bit of time to each other is one of the most generous gifts we can make.

With better weather promised for Tuesday 22nd December we hope to have the cart fully erected with the roof on too! Just to remind that it is a convertible. With rising but hinges, the sides can be removed to use as a “tipper” trailer. We expect to set up a coachbuilding production line as orders soon flood in worldwide. 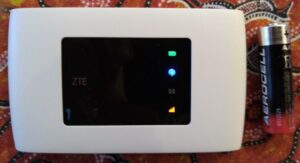 Gauge the size by the AA battery (which does not belong to it!). About credit card size.

This week Colin lost the broadband link he was using. It is very much a lifeline for him. We have been able to step in today (Tuesday) to deliver one of the mobile hubs to him plus a new tablet (just as was done for Philip). Our thanks to Age UK for the provision. All because of networking through intermediaries including SWR MIND and Revival North Yorkshire. Both part of Whitby Community Alliance though we had connections already. Covid-19 has drawn organisations, groups and initiatives together to help those in vulnerable situations this year.

Sadly, the equipment had to go into 3 days of quarantine according to rules. STOP PRESS. It’s out of quarantine and the mobile hub is working. Colin can now “see” his family over Christmas. 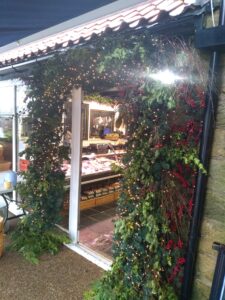 Radford’s Butchers in Sleights is festive. 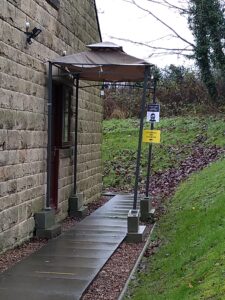 The shelter erected at Churchfield Surgery back in early April. Still standing.

Some contacts on the fringes but part of the Sheds

Original SAMS Shedders will remember Margret Meier from Germany who attended the Shed for 5 months from September 2016. She was followed by Paula from Redcar and both proved that Sheds can work for both sexes. Maggie painted a lot of log Santas.

Maggie in due course embarked on new work internationally including in Pakistan where she helped to develop a school. Here is her Christmas newsletter.


Shedders can be young. Graham’s two grandson’s enjoy woodworking and recently were turning some attractive pens. David had a cameo part in an online recorded Nativity service brandishing a wood plane. Go to 22mins 20 seconds to see it or watch it all!