Home General News Apologies for Being So Quiet

Apologies for Being So Quiet

Many things going on is my excuse. Norton Men’s Shed is shaping nicely (www.normens.org.uk), two bids written, a Charter to complete with a press release, and  new actions in Whitby too.

Here are some pictures at least as catch ups. 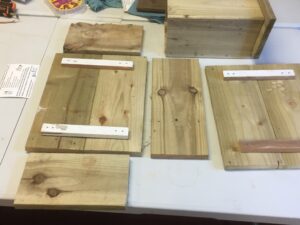 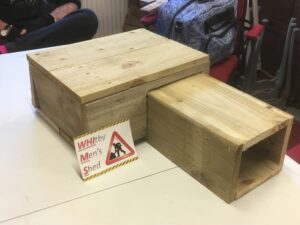 Assembled by men at work 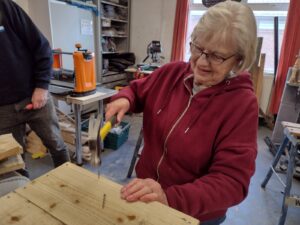 Betty in Whitby hammering on 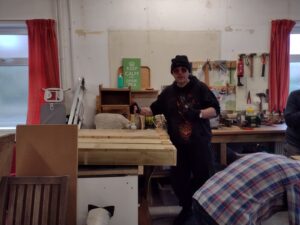 Bryn has made window boxes for himself 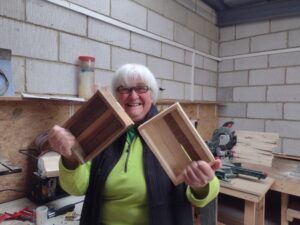 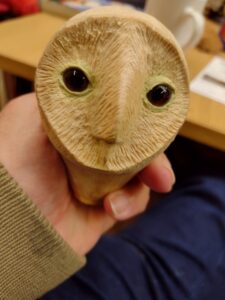 KeithP carved this and it is now mounted on a stick 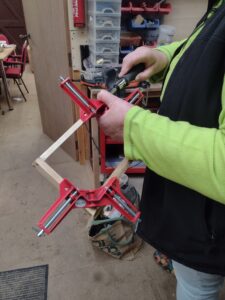 We signed the pledge . . . .  to do what we can for people’s mental health and particularly men

Together we can improve wellbeing across the Craft and DIY sector. The Charter for wellbeing in Craft and DIY is an expression of commitment to support the wellbeing of everyone involved in craft and DIY. Having a conversation can make someone’s day, even save someone’s life. This commitment is to Makers, Crafters, Artisans, DIYers, Bodgers, Doer-uppers, as well as the Shedders, Engineers, Manufacturers, Designers, Retailers, Publishers, Hauliers and to those who don’t yet know their lives could be transformed by becoming involved in Craft or DIY.

The signatories pledge to:

1. Connect and look out for each other’s health and overall wellbeing

2. Create positive and safe environments for everyone

3. Promote opportunities for people who may need help

The Press Release we put out on behalf of Whitby District Sheds:

PRESS RELEASE (an amended version of a UKMSA Press Release

The Whitby District Sheds in Staithes, Whitby and Robin Hoods Bay  join the UK Men’s Sheds Association on 3rd March as it launches the Charter for wellbeing in craft and DIY.

The Charter has been developed to encourage people and companies working across the DIY, Craft and Hobby sector to come together to promote people’s wellbeing and encourage them to become involved with groups such as Men’s Sheds.

‘We are pleased to support the objectives of the Charter’, said Graham Storer. ’It is a national campaign to promote particularly men’s health and allows us to connect in community to bring more people to engage in “creative distraction” of many kinds’

Anxiety, depression and loneliness have become endemic in modern society with looser ties to place. Sheds and similar regular activities provide some compensation, Covid-19 exacerbated matters with some devastating impacts on individuals.

‘Take former Staithes Shedder Colin’, said Graham. ‘In 2019 he entered hospital for treatment but then was not able to return to his home. He is a tall man but physically disabled and the risk of falling was too high. The only solution was to enter a care home on safety grounds. Mentally he was not prepared for that life-limiting change. Moreover he entered the care home just as Covid restrictions were imposed and many months of room isolation followed. Cutting a long story short, Whitby District Sheds worked with Shedder Colin to ensure he grasped the new technologies so that he could join in with twice weekly “Talking Sheds at the Kitchen Table” Zoom conversations. That did us all good In fact.’

Whilst mental health challenges do not discriminate across gender, race or geography – the reality is that there is a greater impact on men in particular as a result of how society engages with them.  If this was not the case we would not see men being four more times more likely to die by suicide than women; we would not see suicide as the single biggest killer of men under the age of 46 in the UK.

Men’s Sheds reduce anxiety, depression and loneliness, and are life-savers sometimes literally. At the same time they are creating some personally incredible things.

The Charter is being launched at the House of Commons and hopes to bring together organisations and companies across the DIY and Craft sectors with the third sector and Men’s Sheds to identify bespoke programmes to support the wellbeing of customers, staff and the general public.

Find out more information about your local Shed at www.whitbysheds.co.uk.

For more information on the Charter and UK Men’s Sheds Association visit www.menssheds.org.uk or email admin@ukmsa.org.uk or telephone 0300 772 9626.

88% felt more connected to the community

Finally, a new poster for Whitby Library combining photos from across our Sheds and different subjects.